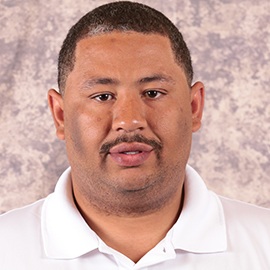 As a resident of the City of Detroit, Adam has been involved with his community since the 6th Grade. He started the largest youth group (Young People Striving for Success) at East Bethlehem Lutheran School. Adam Byrd’s mother Sheila Byrd and Aunt, Brenda Lawrence facilitated the many events in support of this group’s vision, mission, values, and objectives. The ultimate favorite activity for this group was riding Adam’s and Brenda’s horses.

While living in Detroit, Adam worked at many community events, and volunteered at many organizations. During an academic seminar hosted by Marygrove College, he was noted in the newspaper, for publicly speaking to other students about the importance of community service. Adam completed his Undergraduate Degree in Business Administration at Marygrove College in 2005. Adam started a “lights out” program and “grant my child” program. The “Lights Out” program was a program that encouraged young adolescents to commit to a curfew of being home before the street lights turned on. Adam hosted a cookout for the children that followed those guidelines. “Grant My Child” is a strategic program which focuses on the development of children’s actions and choices.

Adam is married to Sheena Byrd. Adam states “behind every man there is a great woman”. Adam says he cannot dedicate his life to the many organizations, programs, and meetings, he is involved in, without the understanding from his wonderful wife.

Adam is also a proud father of Kayla Byrd. Adam says having a daughter is very exciting. He believes in teaching and molding every child as if it’s his own. Many of the children in the neighborhood appreciate his caring “It takes a community to raise a child.”

Adam has written many articles in our township’s local papers, accentuating the positive things in the community. In addition, he has contributed time and money to many organizations in the township. Adam served on the 2011 Public Safety Millage Committee. It should be noted that this millage passed by more votes than it previously did in the past 15 years. In addition, Adam dealt with some of hardest issues this township faced. At the August 21, 2012 Township Board Meeting Adam he addressed the board concerning some racially toned emails that were being distributed to professionals and board members. During this meeting, he made it very clear that this tone or attitude will not be tolerated. Adam mentions that in order to take a community forward you have to “stand up for the right thing, at the right time, for the right purpose, no matter what the costs.”

Adam was previously the president of the Mission Pointe on the Lake Homeowner’s Association. He’s served on the Board since 2011. In July of 2011, the members of the Mission Pointe on the Lake Homeowner’s Association Board asked him to accept the board position due to them having to fill a vacancy. Adam accepted and took the position of Treasurer of the Board. In August of 2011 he was elected by the board to serve as the President of the Board. He was re-elected during the August 2012 board meeting 94% of the voting population voted for him. When asked about efficiency Adam said “if you are not satisfied with what’s going on blame me….if you are satisfied thank my team.” He strongly believes that all things can be done with a team, vision, and purpose. Due to the Mission Pointe on the Lake’s Team, it’s financial position is sound and their residents are happy.

Adam is a member of the Belleville Lake Water Ski Club. He is one of the only members in the group that cannot water ski. Adam became a member because he see’s the value in the organization who supports and regularly contributes to our local Van Buren Township Community. Adam joined after attending the Frozen Leprechaun event that took place March 17, 2012, in which the club raised $15,000 for the Van Buren Public School Education Foundation. Adam Byrd says “it doesn’t take a lot out of one person, it take a little out of a lot of people.”

Finally and most important, Adam is a proud member of Triumph Church. Adam Byrd is a Christian that says “all things are possible with God.”

“As a proud husband, father, police officer, and business owner I believe that all things are possible through God and all things stifle with excuses.  Lift someone that can’t walk, utilize your resources to help others, and commit to whatever you do”